Due to the Coronavirus situation, all “in person” activities are canceled and we have moved to ONLINE gatherings until further notice. As this situation develops, look for more updates in email or on this website ... more info 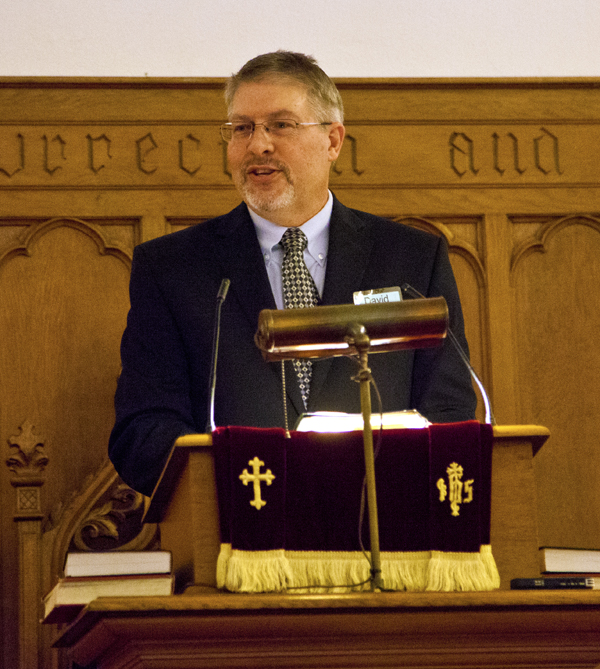 Pastor David A. Van Meerbeke was born in New Jersey but raised in Wilmington, Delaware. He grew up going to church and came to saving faith in Jesus Christ during Sunday school in 5th grade. He attended University of Delaware where he was involved with InterVarsity Christian Fellowship as a Bible study leader. He met his beautiful bride (Cindy) in his senior year. Graduating with a Bachelor of Arts and Science in Criminal Justice and Sociology in 1985, he worked with Independent Living Incorporated and HCA Rockford Center. After getting married in 1988, he and Cindy moved to northern Virginia to work for Youth for Tomorrow, a private Christian home that works with troubled adolescent boys. It was there that David felt called to go into the ministry and began to attend Westminster Theological Seminary in 1990, where he graduated with a Master of Divinity degree in 1994.

In 1991 the Van Meerbekes began to attend Crossroads Community Church and in 1992 David was asked to be the Pastoral Intern. In 1994 David accepted a call to Olathe Presbyterian Church in Olathe, Kansas serving as the Associate Pastor. In 1999, he was asked to come back to Crossroads Community Church as an Associate Pastor, where he is currently serving as the Minister of Pastoral Care. David is also currently serving on the board of directors at Delaware County Christian School.